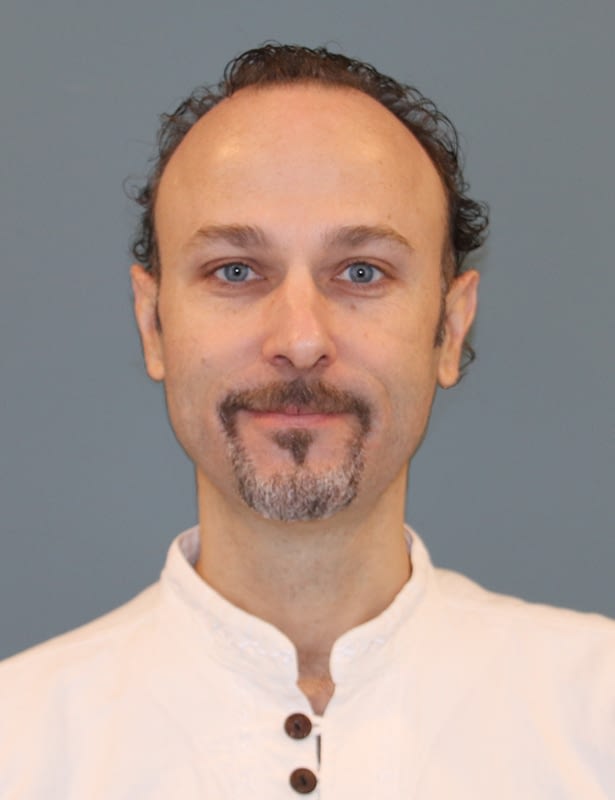 Daniel Camburn, BS, MS, L.Ac is a skilled acupuncturist and master herbalist who has practiced in NYC for 23 years focusing on musculoskeletal disorders, internal medicine and gynecology. He believes that nearly all disease has a mental-emotional component which must be addressed in order to manifest complete resolution. In addition, Daniel believes in restoring whole-body health & not just in the relief of symptoms. Daniel has been studying Chinese Medicine and martial arts since 1988 initially learning Kiatsu (acupressure with energy). He has a Bachelor's of Science (Cum Laude) in Psychology from the Pennsylvania State University. While studying Shaolin Kung-Fu in NYC, Daniel observed trauma medicine under Grand Master, Alan Lee, in 1992-1993. In 1998, he obtained his Master of Science in Chinese Medicine from the Pacific College of Oriental Medicine. Daniel is a third degree black belt in Tae Kwon Do and a second degree black belt in Aikido and as such has an excellent understanding of human physiology and exercise science. He spent 1,200 hours studying gynecology and obstetrics at the Chengdu University of TCM at the PhD level. Daniel has also studied Tibetan medicine in Lhasa, Tibet. He has continually served as a professor and clinical supervisor at six different institutions since 1999. He is a licensed acupuncturist in New Jersey, New York and Pennsylvania. Early in 2022, he was pleased to join Thompson Healthcare & Sports Medicine where he continues to serve patients comprehensively and effectively. Daniel has had a lifelong fascination with the cultures, medicines, cuisines, and religions of the world. Likewise, he has studied world history extensively. He loves organic food, exercise, and rock climbing or hiking with his wife and two daughters and he has played the shakuhachi flute since 1994.